You are using a web browser we don't support. Please use the latest version of one of these browsers. 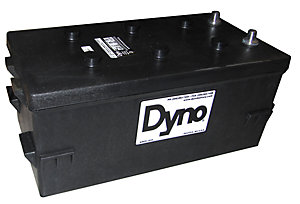 You've just bought and installed a brand new bank of batteries and you want to make sure you treat them well to get the most out of your investment. So what do you need to understand to make sure those batteries have a long life? This Navigator will discuss battery charging do's and don'ts and how to make sure you help those batteries live up to their expected cycle life rating. If you don't know much about batteries, we suggest you read our other Navigators listed at the end of this article before you continue reading here.

How Low Can You Go?

No one likes spending a lot of time charging their batteries – but it's important to understand how low we can go (discharge wise) between charges without damaging our investment. The first thing to understand is that the more “discharged” a battery is, the higher the charge current the battery will accept during recharge.

With that in mind, it would seem like we should take the battery as low as possible, right? But that's definitely not a good idea because discharging the battery by more than 50% will reduce its capacity and shorten its life over time. In addition, even though the battery will accept a higher charge current when it's more depleted, the lower the discharge, the longer you will have to charge to get that battery back up to 100%.

So how low is too low? Most people agree that for greatest efficiency you should try to limit your level of discharge to somewhere between 50-80% of the battery capacity. 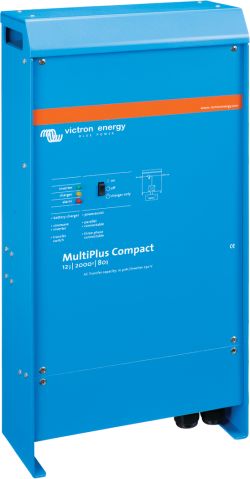 So we've been at anchor all weekend and now we've come back to the dock and are ready to plug in and completely forget about our batteries. If you've got a “smart” charger – that's perfectly fine as it will do all the hard work for you. But if you don't – and you want to protect your new battery bank – it's time you understood why a smart charger is the way to go!

Modern smart chargers not only allow you to select what type of batteries you have (to allow for the correct charge profile for the battery's chemistry), they also follow the 3-step regulated charging profile outlined below which helps to ensure that your batteries live up to their stated cycle life.

It's important to note that specific battery types (Flooded, Gel or AGM) should not be charged at a rate higher than those specified by their manufacturer – referred to as their charge profile. Doing so may decrease performance over time, shortening the battery life. Some manufacturers of higher quality batteries, such as MasterVolt and Lifeline, actually put capacity and recommended bulk, absorption, and float voltages right on the battery itself. Refer to your battery manufacturer for more information.

In addition to using these stages and making sure they charge with the correct profile, many smart chargers will even read the battery's temperature in order to fine tune the charge cycle and make sure your batteries receive the maximum charge benefit. Doesn't that sound like a good investment? If you are worried about the cost involved, just remember that a smart charger can easily pay for itself in fewer battery purchases over the years. 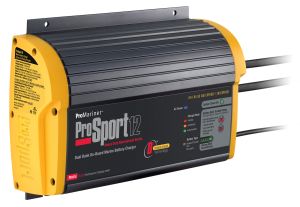 Battery chargers are available from a multitude of manufacturers and come with varying output voltages – so how do you know which one to buy? Opinions vary on how big a charger you need for your battery bank and a lot will depend on exactly how you use your boat.

In general, if you normally go out for a weekend and then return to the dock for the rest of the week, you can likely get away with a smaller charger. That said, at a minimum it needs to be big enough to handle the loads you'll be putting on it while you're gone (DC refrigeration often is the biggest load) along with enough output to enable the float stage to maintain the charge level of your batteries in addition to the other loads.

Conversely, if you cruise for longer periods without plugging in (say several weeks at a time) you should consider buying a smart charger where the maximum output current most closely matches the charge acceptance rate for your battery type/Ah rating. This ensures the fastest and most efficient charge possible while still safely charging your batteries. For more information on Charge Acceptance, read Sizing Your Battery Bank.

Overall, most manufacturers recommend somewhere between 10-25% of your battery bank's amp hour capacity as a good gauge of battery charger amperage output for those of us who don't stray from a dock for too long. So if you have a 400 amp hour battery bank, you should have a charger with an output voltage somewhere in the 40-100 amp range. Fisheries Supply carries all the best manufacturers, including Blue Sea Systems, Charles, Guest, Mastervolt, Newmar, Pro Mariner and Xantrex.

What about charging while I'm at anchor?

Now that we know how to charge at the dock, what happens when you're out at anchor, using your engine to recharge your batteries? Unless you have a generator, this is where engine and your alternator come in.

Every boat will have a different ability to charge, based on what type of alternator it has and how it's set up (with or without an external regulator). Alternators come in a variety of output amperages – so make sure you know what the output is for the one you have installed. If you are looking to change out your alternator for something bigger, make sure it's ability doesn't exceed what your battery bank can handle or you'll just be wasting energy.

If you've done your homework and understand charge acceptance rules, you'll know that a larger battery bank can accept a higher charge voltage – so make sure your alternator is sized appropriately for your battery bank.

For example, let's say your alternator has the ability to charge at 120 amps. If your battery bank consists of just one flooded 8D battery (rated at 220 Ah), this battery can only accept up to 55 amps of charge – so that alternator would be considered overkill for what you need. Conversely, if your battery bank consists of 3 flooded 8D batteries (660 Ah), they are capable of accepting 165 amps per hour and so can put the full 120 amps your alternator provides into recharging – much smarter! 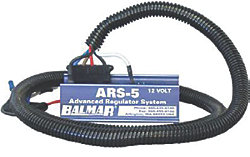 But the output of the alternator is not the only thing you need to worry about. As we learned earlier – batteries last longer when they are charged using a 3-stage (Bulk/Acceptance/Float) profile – but the majority of alternators are not capable of charging like this unless they are installed in conjunction with some sort of regulator. Without a regulator, the alternator is just putting in its standard charge voltage – which we've already learned is not the best method and can easily lead to overcharging and/or overheated batteries.

Many modern boats have been updated to include some sort of external regulator to avoid this issue. But if your boat hasn't, the best option is to use a multi-stage regulator – which allows you to not only specify your battery type, but will also enable the alternator to vary the charge voltage, keeping it within the 3-step charge profile we outlined previously – just like a smart charger. Depending on the one you choose, it may even be able to monitor your battery's temperature and level of discharge, allowing it to charge as rapidly (but safely) as possible. We highly recommend alternators and regulators from Balmar.

Now that we've covered charging at the dock or at anchor, we'd like to go over a few additional recommendations to prolong your batteries' life:

To learn more about additional battery topics, click on the links below:

How to Size a Marine Battery Bank

We hope the information in this Navigator will help you get the best performance out of your battery bank – but if you have further questions, please don't hesitate to call our battery experts at (800) 426-6930.